Day 26: Employment
‘1 in 68 children have been identified with autism spectrum disorder’,

‘Four times as many boys as girls are diagnosed with autism’.

There are so many autism awareness videos about children being overwhelmed by sensory situations. Therapies are play based or use childrens toys to demonstrate play or learning and development.

It seems that the language around autism is always directed towards descibing children, but the reality is that these children quickly grow into adults with autism.

Adults with both varying needs and support requirments.

Everyone has the right to work, to free choice of employment, to favourable conditions of work and to protection against unemployment. In the current climate it is imperative to work and earn money. Increasing living costs and more stringent ,often unfair, cuts to state benefits results in the ability to work being a real necessity for survival.

In addition to this, to work and generate one’s own income is positive on psychological wellbeing and nurtures a sense of integrity. A positive supportive workforce can see a colleague through the darkest of times and can often be a family away from family; the work family.

Sadly statistics report that only 16% of autistic adults in the UK are in full-time paid employment, and only 32% are in some kind of paid work. Despite increasing awareness of autism in recent years this statistic remains unchanged since 2007.

With these statistics in mind we are considering future employment options for Dylan. Although at present it would be difficult to imagine him to have the sustenance to be able to work a full working week or to find a suitable role for him, even on a very part time basis.

But as with everything that we have learnt so far from Dylan, planning and forward thinking is key.

As a potential employee Dylan has a methodical eye; He likes things ‘just so’. He is very keen and motivated by food and he is a visual learner.

But these skills may well be lost on an employer who is expecting a pleasing smile and small talk at an interview. The social niceties that are deemed essential for interview etiquette do not come naturally to those with autism.

It is important the as society we start to think outside of the box and raise awareness of the skills and potential of autistic people and encourage employers to take on autistic employees regardless of initial interview impressions.

It’s about time that employers began seeing the ‘disabilities’ as abilities, for example the productivity of people who are motivated to work and not sit around chatting. The visual and mathematical abilities and precision to details can make some people with autism very productive and efficient members of the work place.

I’m not a fan of referring to interests as obsessions; it makes it sound weird when the reality is that the interest can be used functionally in one way or another. There have been reports in the media of people with Asperger’s proficiently computer hacking, accessing top security international information, deemed highly illegal and they get into a lot of trouble but why are these skills not being snapped up by huge computer corporations or security organisations?

Another example is the lining up of items; this typical ritual of lining up items in rows gives a sense of order and calm to people with autism when the world feels oh so hectic and confusing. Employers could utilise these skills for adults with autism to work in shop displays, ensuring merchandise is presentable and appealing to the shopper.

It’s not rocket science but more about seeing past the behaviour and the social difficulty to allow a motivated worker with autism into the workplace.

If this was a reality then autistic people’s lives would be improved by the reward of paid employment, increased independence and confidence. Taxpayers would be saved the cost of out-of-work benefit payments. Employers would gain from the skills and commitment of autistic employees.

Employment support services have a crucial role to play in helping people to gain skills and consider work options, but also in building confidence by highlighting people’s existing strengths and capabilities. It requires a shift in social perceptions but if successful, the potential is endless and everyone’s a winner. 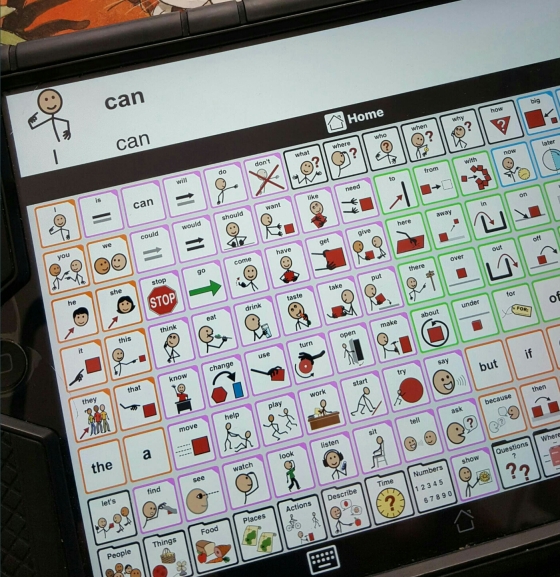