February started with a trip to Nuffield Speech Centre to have Dylan assessed for verbal dyspraxia. Despite him meeting the criteria for diagnosis of this complex condition apparently his diagnosis of autism supercedes this and they could not formally give him a confirmed diagnosis. Advice given from the consultant was to continue with our private speech therapy as this is helping and actually thats all they would suggest with a diagnosis anyway. What a waste of time.

Positives from the episode (and I am a believer that there’s a positive to every situation!)

The month of February was peppered with high profile cases of children with autism and additional needs being taken from their homes and being placed in mental health assessment centres miles from their homes and their families. Lots of these children were being reported in the media as being brought home but through socal media I know of a lot who weren’t and still aren’t.

It’s a worry as a parent of a child approaching his teens. Puberty, carer breakdown, professionals becoming involved for whatever reason. Appearing to not cope, to need help. There was a real pressure this month to feel like we’re getting Dylan to being as stable and resilient as he can be as soon as possible.

On a happier note Sam the barista went viral and reminded us that people with autism can have jobs, opportunities and be role models in the right environment and with the right support. 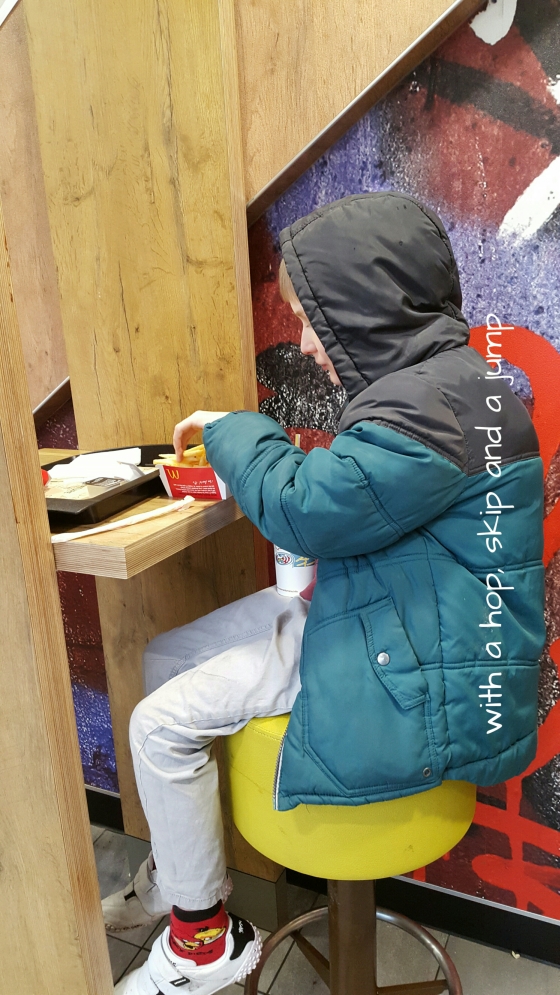 Dylans gone and brought himself a mcdonalds. Used the machine, used his visa card to pay and queued up to collect his food. On a busy Saturday, in town. Can’t tell you how absolutely massive this is for him. For all of us.  We have begun to chink away at the massive feat of teaching independence. And it’s exciting!

Just got to work on his dietary choices 🙂

February was also the first month that Dylan began to fuse together his skills to be able to make more independent interactions in the big wide world.

Although the whole process made him incredibly anxious the end result was a huge motivator for him and we soon realised that this was going to need a lot of practice to make this bearable and positive for him.

I had a minor op on my leg in February and Dylan gave me a real insight into his understanding.  To Dylan I didn’t explain that I was having an operation. I didn’t even think to explain to him that I wouldn’t be at work for a while or that things would be a bit different, I simply thought he wouldn’t notice. But without doubt from the moment I got home from hospital Dylan was unbelievably careful around me. I hadn’t thought to explain as I thought he wouldn’t understand nor be interested when, on day 7 and my bandages came off, the family liked to have a stare and comment on my very attractive legs. **warning – picture on its way**

Everyone else left for me to get changed when Dylan who had been down stairs on his own throughout everyone elses racket came into the doorway of my room. He looked me in the eye, walked towards me and then dropped to his knees peering around at the sore welts at the back of my leg. He gently put a finger on one of the bits of tape before getting back up and slowly walking out of the room. 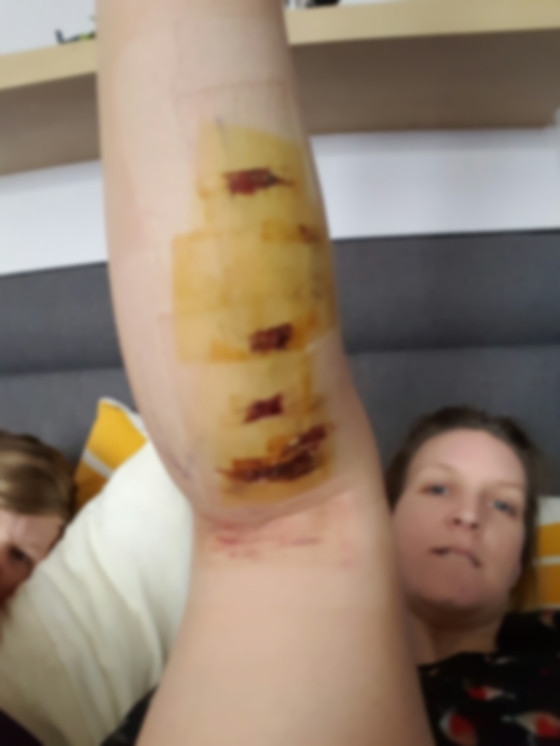 It dawned on me then that he was just as curious as everyone else was about what was going on but waited until everyone else’s noise and commotion calmed before coming and exploring himself.

This little moment will stay with me forever. I see now that I had overlooked Dylan at what was a unpredictable and stressful time for us all but Dylan’s response towards me was gentle and concerned and even reassuring. I’ll never overlook him again as I did during this time.
I’m sorry Dylan.