A busy day today with a visit from Dylan’s speech and language therapist.

The focus of these sessions is to work on Dylans speech production sounds using resources from the Nuffield Programme for Dyspraxia.

From Dylan’s perspective he tries his best to make a difficult sound,

I can see why he appears so irritated yet baffled by the activity.

Despite this Dylan persevered and managed well. He was praised directly as well to us as parents for the great progress he is making and the therapist suggested that we must be completing a lot of the drills for Dylan to be improving so much.

I advised her that we have stepped away from the table drills and attributed his progress verbally directly to his recent modelling.

Its as if by removing the need to talk verbally to communicate in turn removes the pressure to perform which affects his dyspraxia so fiercely.

He seems proud of his ability and is more relaxed making speech sounds when there is no requirement behind it. 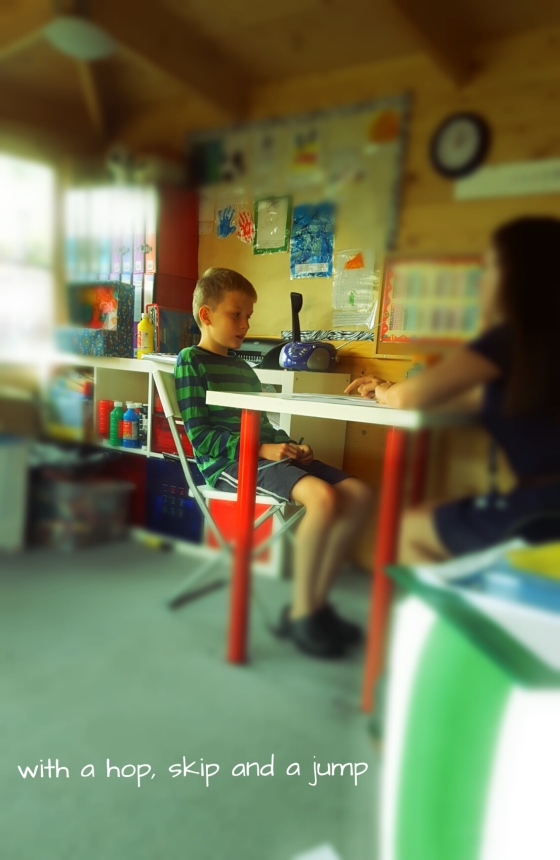 Throughout the rest of the day we have had a mixture of AAC and verbal talking which has worked well.
Grace made a game up this evening involving messages describing prizes were being hung from the ceiling on little bits of folded paper.

Each family member has to jump and pull a piece of paper from the ceiling and then read the message out to the room to get their prize.

Dylan was keen to get involved and jumped high to select his note.

We sat together and he typed out the message inside of his note very carefully letter by letter without any help before skipping off to collect his prize. 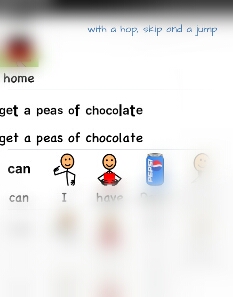